What is KIKI? Inquiring minds want to know.

A. A fiercely authentic and non-conforming self-expression. 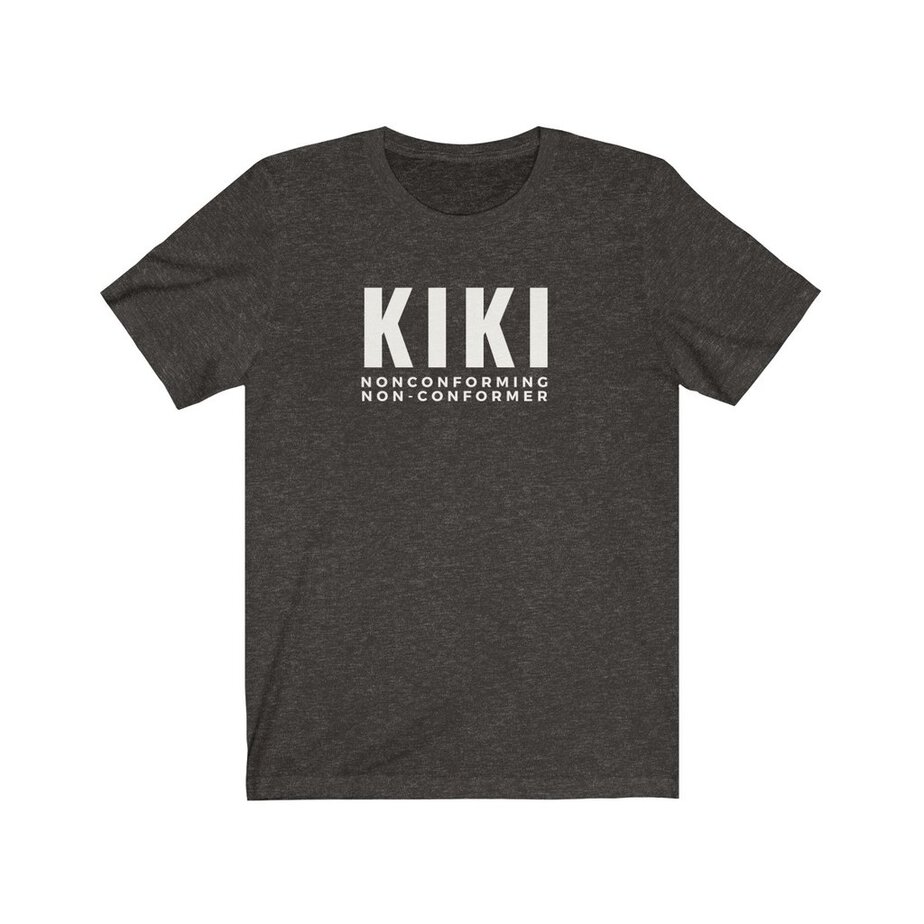 While researching lesbian sexuality for my Ph.D. dissertation, I discovered that kiki is a term that lesbians used to describe lesbian couples who did not conform to the expected butch-femme pairings in the ’50s and ’60s. Instead, these doubly stigmatized couples (both by society at large and by their women-loving peers) were labeled kiki because of their desire to express their authentic gender. I had an immediate appreciation for their independent and brave self-expression. Kiki women are my hero. They paved the way for women-loving-women to not only reject heterosexual expectations, but they also rejected the expectations of the subculture of lesbians in honor of their truth.

For those of you who follow my writing, you are already aware of how I feel about labels. Cliff-notes version: labels are for things, not people, or read about it here. I love about this is that it’s more an adjective than a noun – it’s a way of being that was intended as an insult, but as it turns out, it’s an amazing character trait to express yourself authentically.

Imagine living at a time where the only acceptable public place to socialize was underground bars that were at risk of invasion by police. Because of this, lesbians sought to mimic heterosexual pairings through gender expression with one partner appearing masculine (butch) and the other presenting feminine (femme).  Lesbians who defied this butch-femme pairing were considered kiki. Kiki women could be found in femme-femme pairings, as well as butch-butch pairings, or they may have presented in neither butch or femme appearance. What is kiki? Kiki is people expressing themselves authentically. In my opinion, butch-femme pairings are also kiki if this is what is authentic to them.

Kiki women were not only willing to embrace their non-conforming sexuality but they were also fiercely attached to authentic gender expression despite the expectations of their already non-conforming subgroup of lesbian peers. So you ask, what is kiki? Kiki describes people who are iconically authentic and the bravest of the brave when it comes to fiercely honest self-expression. These women are my heroes. In honor of these women, I want to reclaim their label as a positive statement on self-expression and I invite you to get kiki with me.

Get your kiki on, people, it’s time to embrace who you really are. Live your truth, fiercely, boldly and without apology, no matter who expects you to be different.