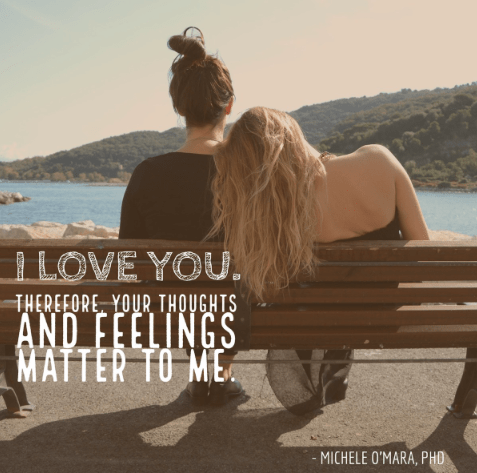 John Gottman tells all couples, including lesbian couples, that one of the Seven Principles of Making Marriage work is to allow your partner to influence you.

For those of you sensitive to being “controlled,” be sure to note the difference between influence and control.  Influence suggests that her thoughts, opinions, wants and needs matter to you.  Control is a coercive tactic to get your way.  There is a big difference between the two.

When you partner with someone, typically you do so because you have respect, value, admiration, appreciation, and belief in the person with whom you choose to spend your life. If that is not true for you, then you may need to reexamine your willingness to accept influence from your partner, or according to John Gottman, your relationship soon may be in trouble. Remember, a relationship is the greatest investment you will make with your life.  If your investment in a relationship does not improve your life, then what purpose does it serve?

By partnering, you are positioning your life in such a way that you have an expanded resource (your relationship) on which to draw from and assist you in becoming the very best version of your self. If you have indeed partnered with someone you respect and value, then it only makes sense that it may be worth listening to their thoughts, opinions, beliefs and suggestions.

As happy lesbian couples, you respond to one another in ways that consistently communicate to the other “What you think and how you feel about things matters to me, and I value you and your opinions, even when I disagree.” John Gottman’s research has revealled many lesbians are doing this well already.  In fact, lesbian couples tend to accept their partner’s influence more readily than heterosexual couples. It is not that you have to agree on everything, but it is imperative that you respect and value one another’s opinions.

According to John Gottman, gay and lesbian couples value fairness and power-sharing between partners more than it appears heterosexual couples do.  In fact, in research with heterosexual couples, Dr. Gottman discovered that husbands who do not accept the influence of their wives have an 81% chance of their marriage deteriorating.

Continue to value power-sharing and fairness and you will continue moving toward a happy lesbian relationship!