ONE THING MTF Hormones (HRT MTF) DOES NOT HELP IS YOUR VOICE.  Here is a resource to consider TO ASSIST YOU WITH feminizing your VOICE.

Within the first months of hormone therapy, a nodule-like formation behind the nipple develops and along with this is significant tenderness/sensitivity in the area, much as it does in adolescent females. These changes are induced by an increase in the ductal system behind the nipple and it is a part of the transition process that will typically normalize in a matter of months.

Body Hair – Depending on the amount of body hair begin with, there is a significant decrease in over the course of time and after several years and may diminish entirely over a period of several years.  Arm and leg hair will greatly lessen and in some instances disappear completely.  Hair growth in specific regions including that around the areola, armpits and pubic area will not lessen to the same extent.  Whatever beard hair is present at the start of HRT, will remain.  Electrolysis or laser hair removal will expedite the removal of this hair and it makes sense begin with this facial hair that will not go away on own, and save hair removal treatments for chest and shoulders until later to see if HRT does reduce or eliminate it.

How many sessions does it take to get a referral for MTF HRT?

Fat Distribution – Over a period of time (1 to 2 years time), a change in the subcutaneous fat (located just beneath the skin) will occur.  The hips, thighs buttocks will collect the majority of this distribution, and the tendency for fat to centralize in the stomach will diminish somewhat. The resulting redistribution will result in a smaller waistline and larger hips. 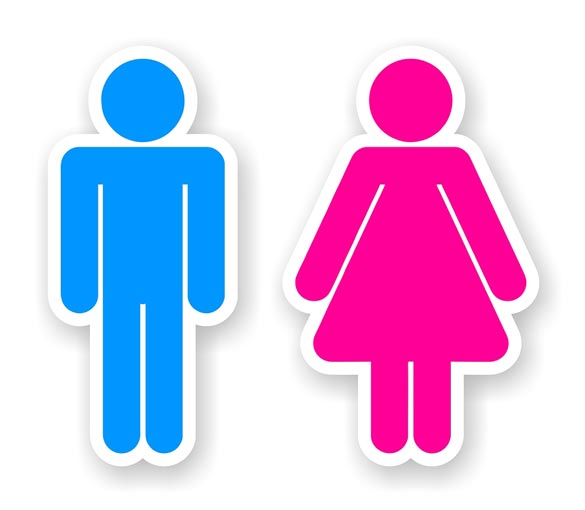 Muscle Mass – Through the process of feminization, the MTF HRT effects much of the upper body bulk.  Over time there is a slow decline in this bulky appearance, depending on the amount of muscle mass an individual starts with.

Genitals – Testes will lessen quite significantly in size.  The production of testosterone and sperm is also greatly reduced.  Penile size will also likely diminish.  Sexual function will decrease, but the extent to which performance is affected is unpredictable. Erections may still continue, but will probably be less frequent, and not last as long, and in some cases may not be possible. Ejaculate will lessen, probably to the point of only producing a very small, clear discharge as a result of the prostate and the associated structures responsible for semen production being impeded.  It is important to note, however, that the ability to orgasm is not dependent on either an nor ejaculate.  Anecdotally speaking, many transgender females report greater satisfaction with their orgasms after these changes occur their genitals.

Prostate Gland – The MTF HRT the prostate.  Over time, the prostate will diminish in size due to the effects of estrogen and finasteride (Proscar), the latter being administered as an anti-androgen. Beside from the feminizing effect of these medications, both drugs are helpful in the treatment of benign prostatic enlargement.  This condition is often responsible for the difficulty with urination experienced by many older individuals.

Cardiovascular – Coronary heart disease is the leading cause of death in the United States. Due to various lifestyle and hereditary factors, cardiovascular conditions may pose additional risks to those undertaking elective medical therapies, such as the variety of drug treatments engaged in the feminization process.

Infertility/Impotence – One of the MTF HRT effects of use result in infertility, with permanent infertility being a distinct possibility.  Sexual responsiveness will likely diminish over the course of hormonal therapy, potentially resulting in the inability to achieve or maintain an erection.  These effects are the basis for feminizing hormone therapy being termed chemical castration.

Voice is UNCHANGED by to female hormones (MTF hormones).   However, inflection and manner of speech are very well suited to change.  Additionally, can be raised through persistent vocal practice.  Given the importance of a gender congruent voice, surgical options have been explored in an attempt to alter pitch, but this most delicate of instruments is not likely to be properly through surgery.   (For more information about how to improve your voice click here.)

On a related note, it is important (especially for younger transferals) to consider your wish for biological offspring BEFORE you begin MTF hormones.

* Sperm-Banking / Cryopreservation – If you have any concern or desire to have genetic offspring in the future, it is imperative if you are seeking male to female hormones, you choose the option of sperm banking prior to starting HRT MTF.  This is the process of having samples of your sperm frozen (cryopreservation) and stored for later use – prior to beginning FTM  hormone therapy.

How many sessions does it take to get a referral for HRT MTF?